Doug Fischer grew up spending summers at Deer Crossing as a camper and LIT in the 1980s and as an instructor and assistant director in the 1990s. He went on to work for and lead a variety of other youth organizations, to earn a PhD, and to teach at UC Santa Barbara and CSU Northridge. After the birth of his son in 2009, Doug left the university and built a successful corporate consulting practice while working with youth at local schools and day camps. There are limits to the level of youth development that can be done in day camps and in 2021, Doug returned for his ninth summer at DCC. Doug served as Assistant Director in ’21, Co-Director in ’22, and Director and Co-Owner beginning in ’23.

“I started adventuring young. My parents were always packing up the family to go camping, skiing, hiking, or sailing. It was fun, but when I really started to grow was when I got competent enough to go ski on my own, to ‘command’ a small boat, and to find my own way back to a remote campsite. The self-confidence boosts were huge. These sorts of experiences are hard for youth to get in today’s digital age and are the sorts of experiences that Deer Crossing excels at providing.”

“I love seeing the grins on the faces of campers when they accomplish a hard ‘first,’ whether that’s reaching the top of a hard climb, hitting a bullseye in archery, or any of the challenges on the waterfront. But what I really love is seeing how much their self-confidence and resilience grow over the summer. To that end, every year our leadership team reads the latest research and meets with experts in youth development to strengthen our programs for the evolving needs of today’s youth.” 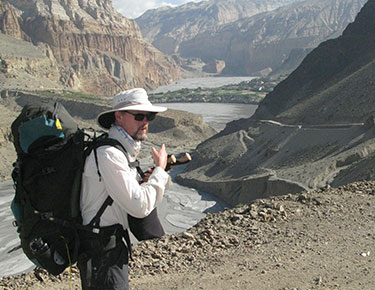 Doug holds a BA from Middlebury College and an MA and PhD from UC Santa Barbara. His numerous research articles have been cited hundreds of times in the scientific literature. He is a licensed captain for 200-ton sailing ships, a scuba diver, and an instrument-rated private pilot.

Doug continues to seek out new adventures in the non-camp season. He sailed a tall ship across the Pacific at 17, has backpacked ruins of the Great Wall of China, tobogganed with penguins in Antarctica, rappelled into ancient cliff dwellings in the Himalayas, flown into remote airstrips across the West, and stalked big game on foot through the Kalahari. He has swum with piranha in the Amazon, with dolphins in the Indian Ocean, with sea lions in the Galapagos, and, unexpectedly, with a blue shark in the middle of the Atlantic. 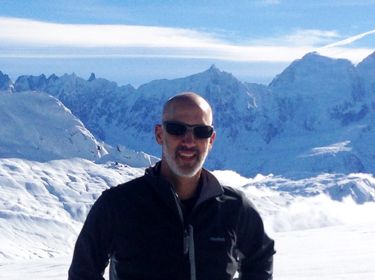 John Ellis is Co-Owner and runs the camp office and year-round operations. John grew up at the summer camp his father and uncle ran for 40 years and spent years working at that and other camps. John loves sailing, canoeing, swimming, and camping trips. He is an avid trail runner and hiker, and has bicycled through California, Alaska, Colorado, Italy and Cuba, including multiple charity rides.

John holds a BS from Miami University and a Masters of Environmental Science and Management from UC Santa Barbara. John has spent the last 10 years lecturing and working on environmental science research in the US, Chile, and Norway.
John is also an accomplished photographer and expert sourdough baker, and looks forward to sharing those skills with campers.

“I was introduced to adventure at a young age,” says Jim Wiltens. “I remember camping at ‘secret’ places on the Feather River, roping down vertical cliffs to visit sea lions, saddling my own horse in the early morning on a working ranch, and backpacking through the Sierra Nevada. Each experience increased my confidence, responsibility, and self-esteem. At the time, I wouldn’t have used those terms; I just knew that I felt a foot taller.” 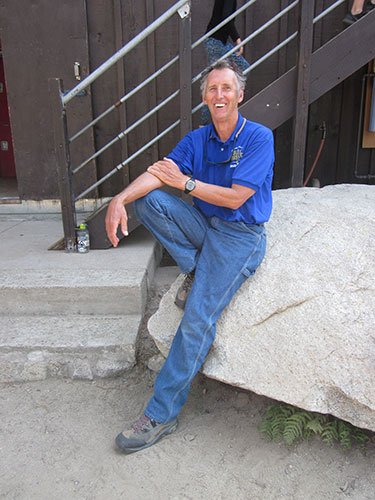 Along with his parents, brother, and sister, Jim helped create Deer Crossing Camp—a summer camp designed to bring out the best qualities in young people with Mother Nature’s help. Jim served as the Camp Director from camp’s founding in 1983 to 2022. He and his wife Ellen McNeil owned and ran camp from 2013 to 2022. Jim continues to teach in the leadership programs. Jim loves seeing campers light up when they tell him about getting to the top of a rock wall, turtle swimming in a kayak, or righting a sailboat after a practice capsize.

During the non-camp season, Jim shares his discoveries in the areas of leadership and human performance enhancement through lectures, workshops, and writing. He makes over 120 presentations a year to K–12 students, parents, and teachers, as well as corporations and universities throughout northern California. For over a decade, Jim wrote a column on how to bring out the best in children and teens for Bay Area Parent; his column was honored three times by Northwestern University’s Medill School of Journalism award for best column in a parenting publication and was carried in other publications across the US and internationally. Jim has authored multiple books, including No More Nagging, Nitpicking, & Nudging: How to inspire & influence kids aged 10-18; Goal Express! The 5 secrets of goal-setting success; and Memory Smart: 9 memory skills every grade-schooler needs. Most recently, his interest in brain science led to the publication of Remember What You Read: How to memorize a book.

Jim holds a BA from UC Berkeley and an MSc from Simon Fraser University in Canada. A competitive athlete since high school, he competed at national and international levels in swimming and water polo, coached a championship university water polo team, and is now an active triathlete. Jim holds a second-degree black belt in Tae Kwon Do, as well as instructor certifications or expert ratings in many of the activities taught at Deer Crossing.

“Deer Crossing is a wonderful adventure for me every summer,” says Jim. “I also seek out new adventures during the rest of the year.” He has been marooned on a deserted island, paraglided off volcanoes in Mexico, worked as a volunteer rescue ranger, climbed some of the world’s biggest mountains, kayaked through headhunter territory in Ecuador, tracked big game animals in Africa by horse and canoe, explored underwater caves in Mexico’s Yucatan Peninsula, purchased strings of camels to ride across the Thar (India) and Gobi (Mongolia) Deserts, and slept in trees in the Guatemalan rainforest. He’s also walked in the footsteps of Leonardo da Vinci in Italy in full costume!